In Catalan it is called the Trobada del Canigou.

The Trobada is a Catalan festival which takes place in the Canigou massif (Pyrénées-Orientales). It is celebrated on both the French and Spanish sides of the border. The term “Trobada” is sometimes taken to include the festival of Regeneration of the flame and the festival of Saint John the Baptist, which are linked.

On the weekend nearest to 15 June (in 2019 this will be Saturday 15-16 June) participants climb up to the Cortalets hostel (2150m above sea level, just before the summit of Canigou) and either stay in the hostel or camp nearby. The aim is to take a bundle of vine trimmings to the summit and leave it next to the iron cross which marks the top of the mountain (a further 600m of climbing). In general about 800 people will sleep in the area around the Cortalets for the festivities,
participating in traditional dancing and eating Catalan food.

On the evening of 22 June, the flame which has been burning in the Castillet in Perpignan since 1960 is carried from the ground floor of this historic monument to the summit of Canigou where it is regenerated.

This flame is brought down from the summit so that on the evening of 23 June fires can be lit in each village and the festival of Saint John the Baptist celebrated. On Canigou, at the summit that evening, the vine trimmings are burned and a barbecue cooked over the embers.

Each year a association organises the event, in conjunction with the authorities. In 2018 it is the Casa del Conflent casaldelconflent.cat.

The Cortalets hostel takes reservations from 15 March onwards each year. Places in the hostel are very much in demand. refugedescortalets.ffcam.fr

The tracks up to the hostel are closed to motorised traffic (except for official delegations from Catalan villages, up to a maximum of 100 cars). Ideally participants should arrive on foot.

Practical information on access :
To ensure the safety and organisation of participants in the Trobada and the St John Catalan festival the Llech track which normally allows cars to park at ten minutes walking from the hostel will be closed at the Mas Malet. 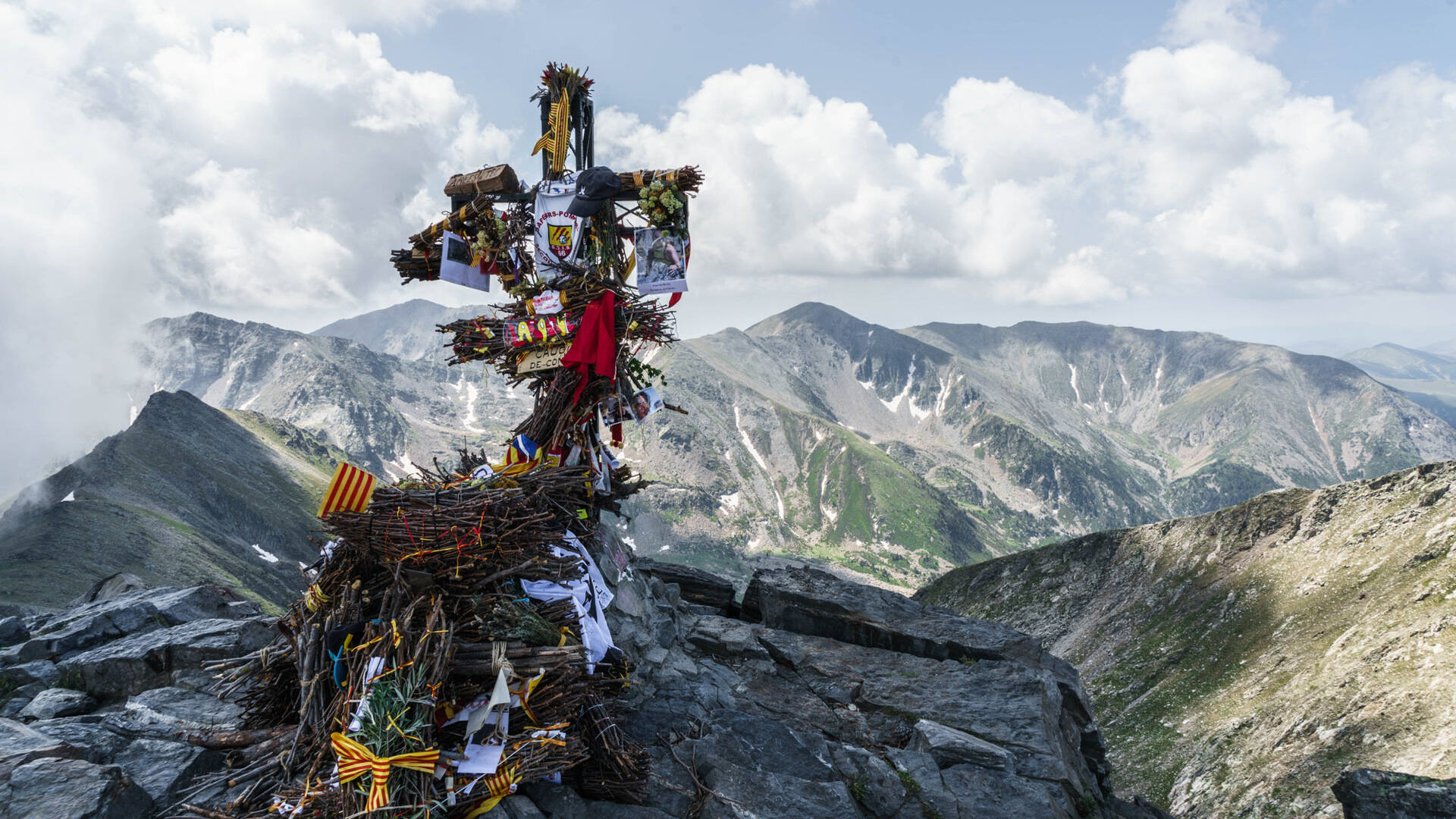