Situated on a rocky spur, the abbey has discretely overlooked the Cady valley since the 11th century.

Located in the heart of the Massif du Canigou, on a hill top, the ancient Benedictine abbey of Saint Martin has been discretely overlooking the Cady valley since the 11th Century and this unique site will delight strollers. The Lombard steeple, marble capitals, abbey and vaulted crypt make it a jewel of early Romanesque art.

It is one of the highlights of Conflent’s Romanesque heritage and visiting the Abbey of St. Martin du Canigou also enables you to stroll around in the heart of exceptional nature.

An essential monument and as proof, the Abbey of Saint-Martin-du-Canigou, was selected to represent Occitania in the program the favorite monument of the French in 2022.

The history of the Abbey of St. Martin du Canigou

Built on a rocky spur, the abbey was founded in 1009 by Guifred II, Count of Conflent and Cerdanya. The ancient Benedictine Abbey of St. Martin du Canigou enjoyed a golden age until 1783 when it was abandoned, confiscated during the French Revolution some years later and finally bought by a local landlord. The abbey’s ruins were rebuilt and restored in the 20th century by the Catalans. Since 1988, the abbey has been entrusted to the Communauté des Beatitudes, whose mission is prayer and to welcome both tourists and those in search of spirituality.

The Abbey of St. Martin du Canigou is on the pilgrimage route to Santiago de Compostela.

The Communauté des Beatitudes welcomes tourists and pilgrims all year round for guided visits of the abbey and worship. The Community also serves as a retreat for those in search of spiritual renewal.

Practical information for the Abbey of Saint Martin du Canigou

You can access the abbey on foot by the traditional way . You should allow 30 to 50 minutes walking.

For lovers of walking, a beautiful hike from Casteil is available for download. A beautiful hike 4 hours round trip under beech and fir forests guaranteeing coolness in summer on the slopes of Canigó. On the descent, discover the Saint-Martin-du-Canigó abbey on its rocky peak and dominating the gorges through which the path leads back to Casteil.

As the abbey is home to a community, only guided visits are permitted and unaccompanied visits are forbidden. Visits last 1 hour.

There are guided visits every hour. Please arrive in advance.

On Sundays and during religious festivals: morning visits are from 10am to 12.30pm. The afternoon timetable is here above.

Please note that the abbey is closed on Mondays from the beginning of October until the end of May. Annual closure in January.
Mass and services are open to all. 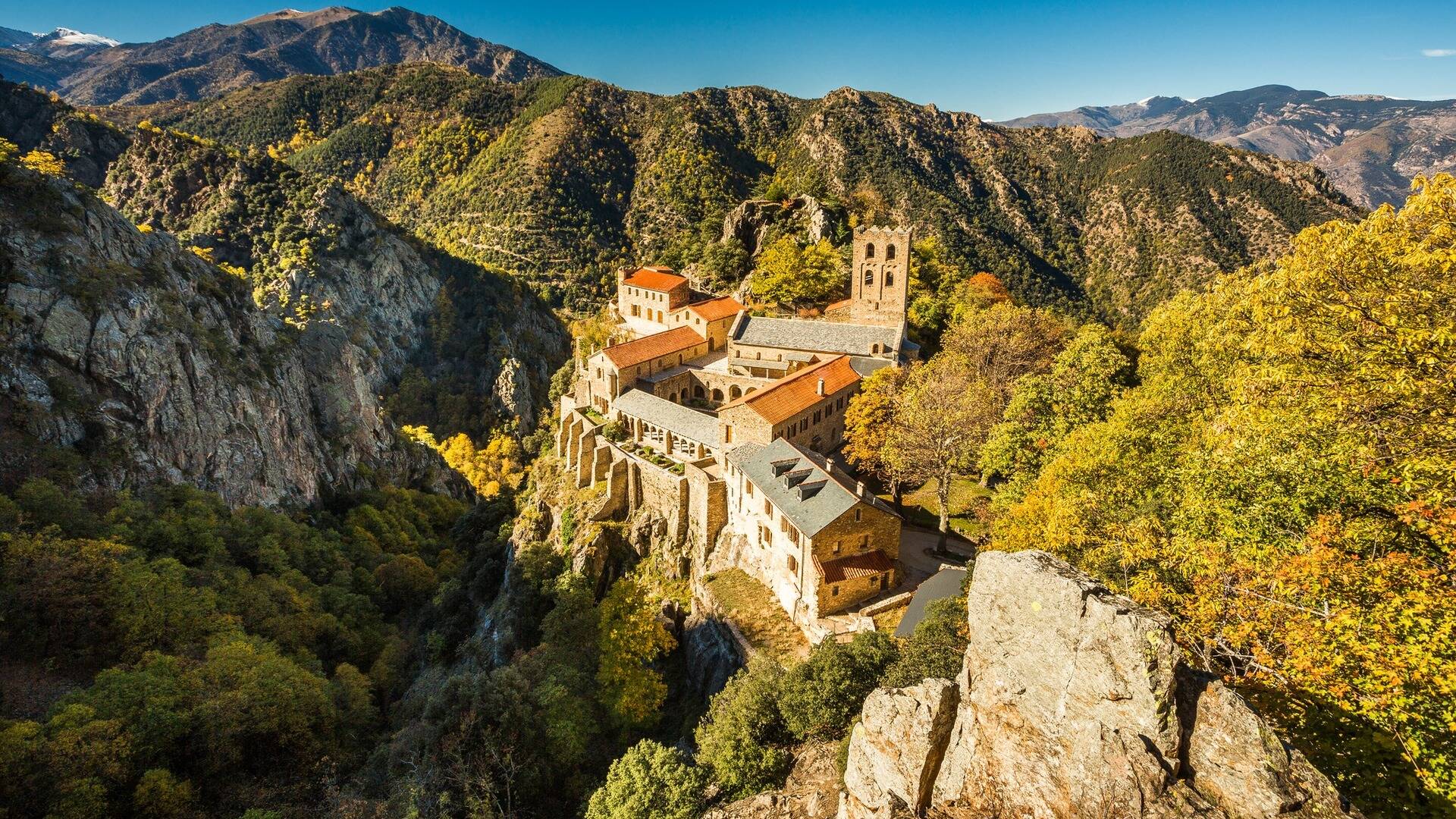 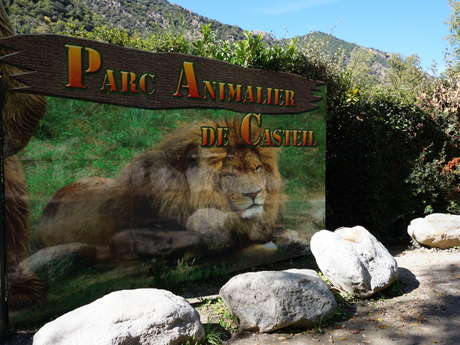 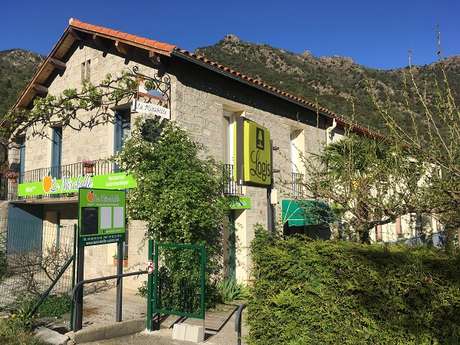 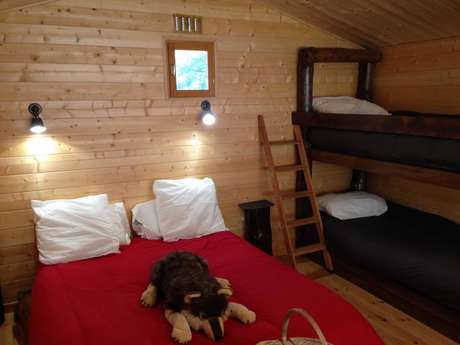 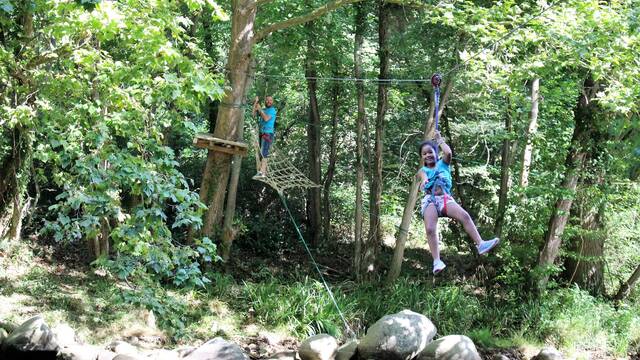 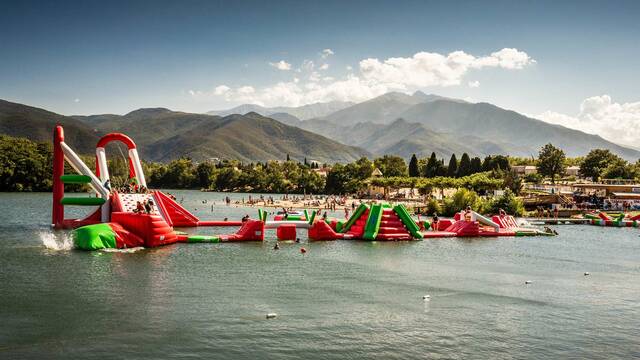 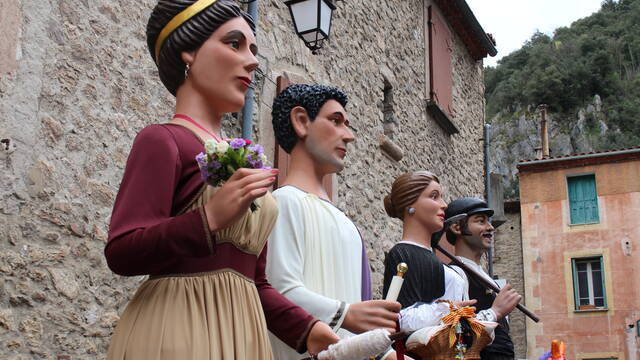 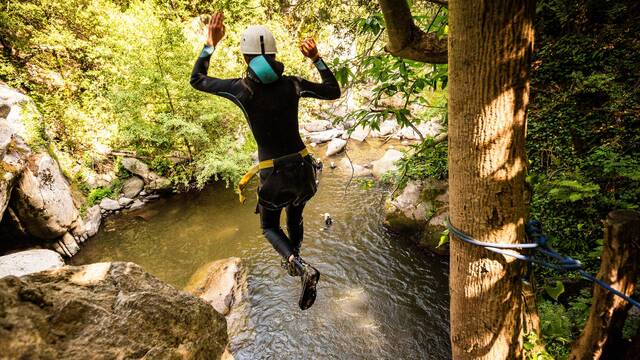 in the destination Conflent Canigó 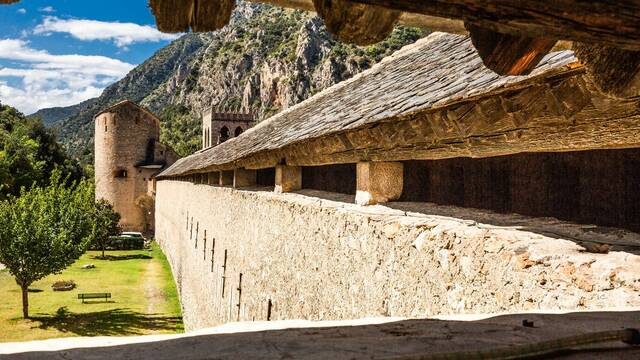 The ramparts of Villefranche-de-Conflent 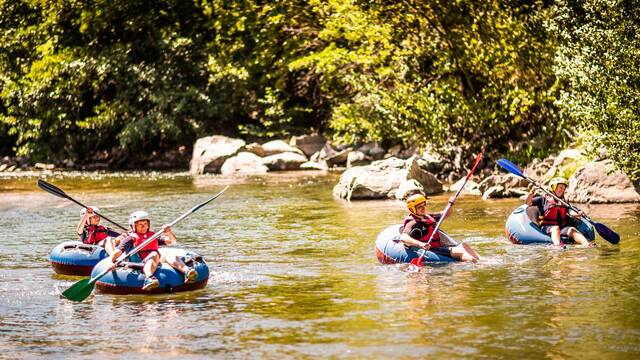